skip to main | skip to sidebar

Recently searched thru youtube and just simply keyed in "Starcraft 2"...

and guess what? I accidentally found some wonderful replays with great commentary.

Look the video and we can discuss further below.

So how's it? I am very sad because of none of the replay got battle between Terran battle cruiser versus Protoss Carrier. T_T

Back to the replays, The Protoss's player micro is pretty good and he managed to present Protoss units abilities and strategies to the audience. Bravo!

David Kim, the Terran player, got more tricks to defense. He always lose the initiative at the early game but managed to set up attack route with better units at the late game. I realized he needs Banshee (air striker) to attack and it looks powerful when versus land units. With the ability of cloaking, it's much more versatile with good mobility. No wonder David need it in order to plan for attack.

Terran rocket launcher is pretty tough in several conditions, however, same as Terran marine, they are weak in their hitpoint. :(

Just now the commentator got mentioned about the Marine's shield. I am wondering what's it now. Is it Marine carrying a big bullet-proof shield? Sorry to say, Zealot Psi Blade can break the shield easily. :(

Hope to see more replays in the near future...
Posted by WooiKhiang at 12:13 AM No comments: Links to this post

I get stucked with camera thingy, and tried to search thru the world wide web.

Thanks to google. I have found Camera Lab for comprehensive details. According from CameraLab, Panasonic Lumix LX3 LX3 has several functions of a DSLR camera and it's suitable for a intermediate photographer to use.

CameraLab even provides review video for the public.

Afterward, I have searched thru the dpreview.com for users' comments. The comments are pretty good and there will be lesser negative comments compared to FX200EXR.

I am still researching on it...

Any idea?
Posted by WooiKhiang at 9:32 PM No comments: Links to this post

I have tried to call China to book for room. But unfortunately, I keep on failing to call them.

So, gotta google it to solve the thing

and at the end, thanks to google, I found out a way to call them & it really works!

Hope this info is useful.
Posted by WooiKhiang at 3:20 AM No comments: Links to this post

I am going to get a digital camera for my Guilin trip. However, I get stucked in somewhere else. All my friends highly suggested me to get Panasonic Lumix - LX3. But I have found Fujifilm Fx200EXR is the type I like. Most importantly, LX3 is much more expansive than FX200EXR.

The points of arguement are:

1. FX200EXR's battery is below par which makes the camera cannot go for a long duration photo taking.

2. LX3 is much more superior in term of wide angle, almost every technical thing. However, LX3 got a very deadly weakpoint which is it's zoom. A maximum of 4X zoom. I prefer to take a lot of scenery and I think zoom length is pretty essential for the business.

3. With semi-pro functions, FX200EXR is within my affordable range. LX3 is much more expensive. However, some evil friends suggest me to swipe my card for installment payment. Should I turned become banker's modern slave?

The statistics can be found in here: LX3 versus FX200EXR

Is there anyone can help me on this matter?
Posted by WooiKhiang at 2:38 AM No comments: Links to this post

I found something that motivates me... and yes, it's game again(Ops I did it again... ).

However, it's not like any other PC game. It's Square-Enix latest masterpiece: 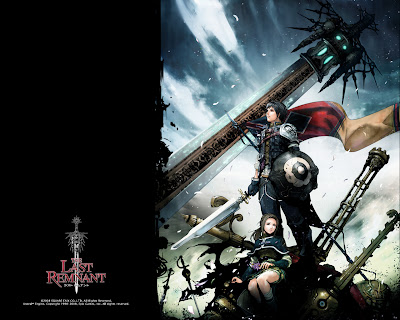 This game is for XBOX360 but surprisingly, they got another version which support PC platform (Weird huh?).

I thought the PC platform is always get ignored by Square-Soft. Luckily this time they did looked after us, the PC gamers.

I do appreciate their hardworks. 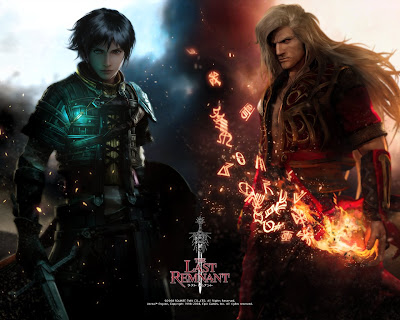 That day simply walking alone in Pasar Malam (Night Market) and stopped by a Cetak Rompak stall. The stall owner was a young guy and he highly recommended me to get the game. I had seen the game before in youtube but I just cannot believe the installation DVD is just in front of me. So, what to do? checked my wallet and paid for it without a rational & conscious mind (Oh no...).

After I get the DVD, went back to home and try to install it. And something bad really happened. The game requires at least 15G Disk space for the installation. So guys, do bear in mind about that. I have deleted a lot of rubbish just to install this game. >_<

After the installation, started the game. The opening movie gave me a stun! I cannot believe I was watching it with my own PC! I thought the best part is only the movie. However, the playing mode, the graphic quality is almost as same as the movie quality which makes the gaming experience very enjoyable & it's just like watching movie all the time.

The battle system is very unique. Quitting the individual battle system adopted from Final Fantasy Series. The Last Remnant is using a unique system called "union" system (squad system). That's mean, characters grouped-up into one squad and share the same HP. Player will controlling several squads during battle and the scene is just like a real armies fight! 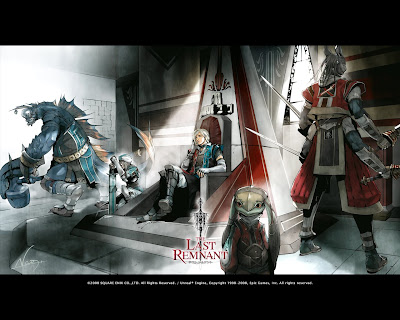 Here are the examples of the soundtrack:

Nice huh? I did downloaded the soundtrack. You want me to share some with you? :p

My mind is still with music now... But I am just pathetically... Hopeless...
Posted by WooiKhiang at 1:53 AM 2 comments: Links to this post

WooiKhiang
A silly fella living in KL, always day-dreaming & a typical otaku who almost spent half a day just sit in front of computer.